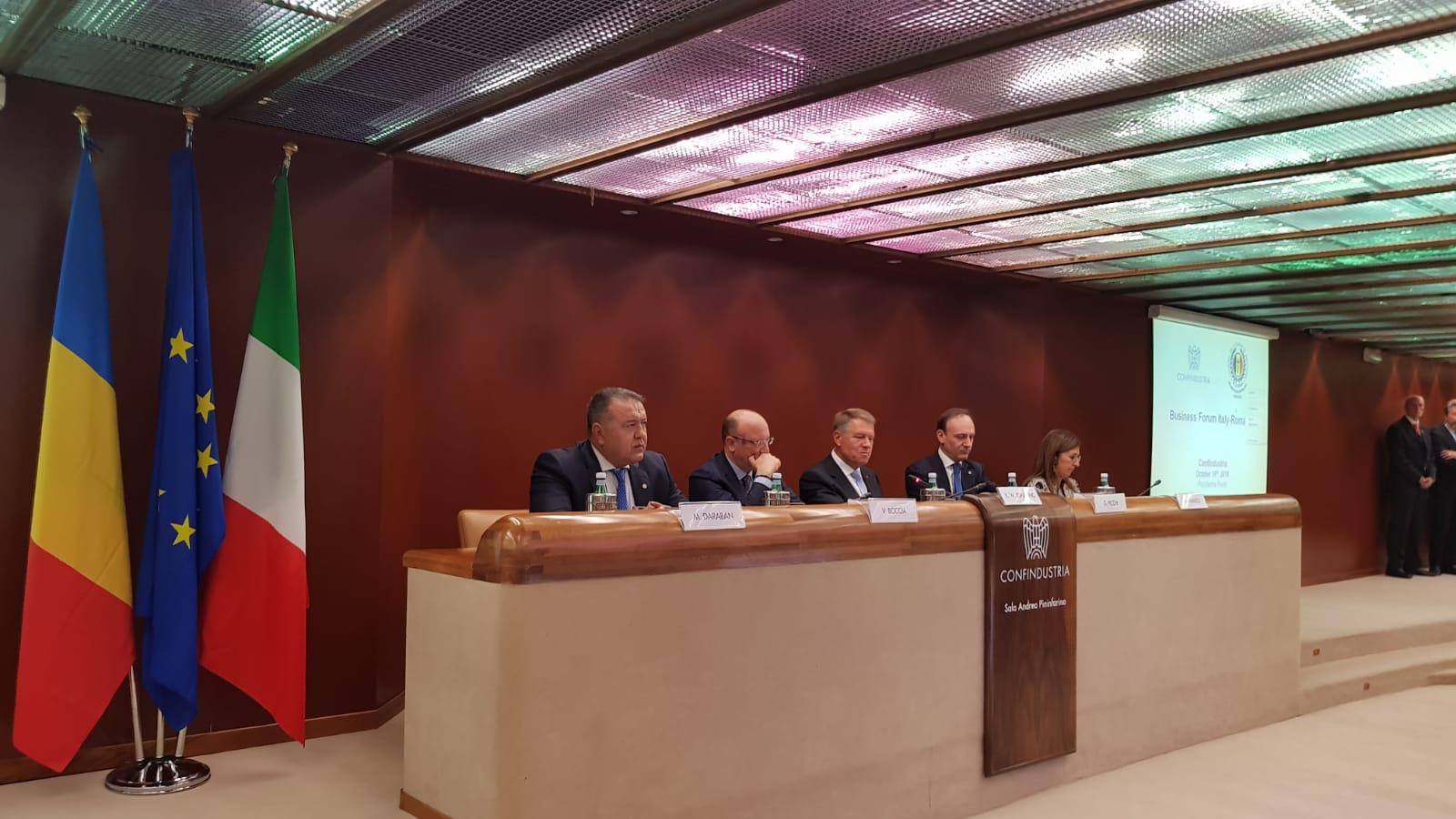 Rome, October 16th, 2018: President of the Chamber of Commerce and Industry of Romania (CCIR), Mr. Mihai Daraban, participated today, October 16th, at the Multisectoral Business Forum, held in Italy, in the margin of the state visit by the President of Romania, H.E. Mr. Klaus Iohannis. The Multisectoral Business Forum is dedicated to identifying new opportunities for bilateral collaboration and strengthening economic and trade relations between Romanian companies and Italy.

The forum was opened by H.E., President of Romania, Mr. Klaus Iohannis, who stressed the importance of developing bilateral trade relations between the two states: “It is a great pleasure to open this Economic Forum and I am glad to be in your midst here in Rome in the year that Romania celebrates the Centenary. Today’s event is an additional opportunity to strengthen the economic dimension of the partnership between our countries within the European Single Market. (…) Italy, one of the largest global economies and the third economy of the Eurozone, is Romania’s second trading partner, and commercial trades show a consistent growth and in the valuation of the specialists this trend will continue “.

The President of CCIR, Mr. Mihai Daraban said: “Italy holds the first place as a number of foreign commercial companies registered in Romania. At the October level of this year, the official data indicate 19,794 active companies, with Italian capital, on the Romanian market. Over the 29 years, the number of Italian companies that have worked in Romania amounted to over 46,600. We can say that they were real ambassadors of Italy in Romania, demonstrating how to do business in this country. I hope that in the future Romania and Italy will participate together in large-scale projects, as happened in the past, and if we are still in the hall named Pininfarina, I would like it to be a sign for the automotive industry in Italy, in the sense of expanding to the Romanian market “.

The event was also attended by Mr. Vincenzo Boccia, President of Confindustria, Guglielmo Picchi, Secretary of State for Foreign Affairs, Ms. Norina Boru, Economic Counselor of the Romanian Embassy in Italy and Mr. Ștefan Voinea, Head of the Bilateral Relations Office of CCIR.

According to ONRC data, in the first half of this year, the value of trade between Italy and Romania was almost 8 billion Euros, more than 6% in the same period last year, with the prospect of exceeding 15 billion Euros at the end of 2018, which is the highest value in the last 10 years. In the Romanian market activate a total of 19,794 Italian companies, with a total value of the share capital of 2.5 billion euros, ranking from this point of view in the 5th place.

The Romanian-Italian relations are under the sign of the Consolidated Strategic Partnership, signed by foreign ministers on 9th January 2008. Between Romania and Italy was established the mechanism of the Intergovernmental Summits: the first edition took place in 2008 in Rome, the second took place on May 30th, 2011, in Bucharest. 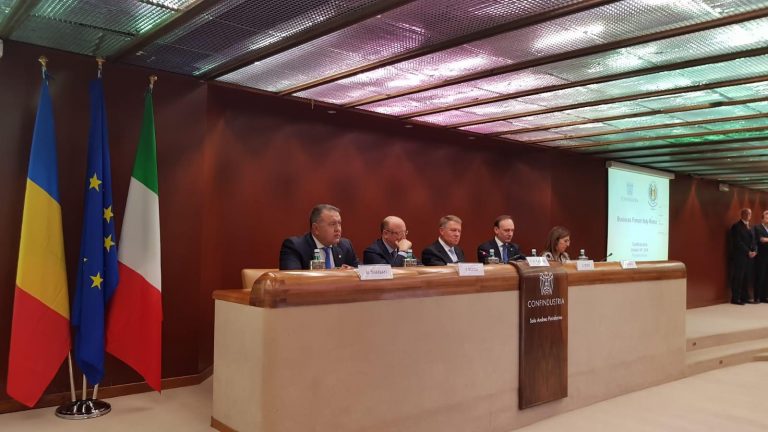